I’ve noticed that this guide can be more popular than my Nuke Tips so I’ll like to clarify that HyppTV and INTERNET is still working on my TL-WR841N router.

I haven’t update my DD-WRT firmware since this guide was first published (which is still true as of the latest edit). Apology if the guide doesn’t work as reported by some Lowyat  and DD-WRT forumers.

There is a comment system so do use it as I’ll not charge you 6% Goods and Services Tax that will fund more kleptocracy.

I rarely swear online but Telekom Malaysia just have to get a big FU from me.

With their fucking piece of shitty service that is HyppTV aka Unifail I mean Unifi bundled IPTV service suffered from intermittent disconnection since last Sunday (5 October 2014), I figure a quick google leads me to blame the issue on TM side.

Which of course is their side! A call to TM support to reset the port to the IPTV and voila it works. That is until it happens again.

To further increase my blood pressure, my landlady’s cousin contacted TM just now to see if they can reset the port again. Sadly I was out from the apartment when she contacted them which leads to TM sending a contracted technician to the apartment to replace the router.

Ok the router I’m currently using is TP-LINK WR841ND which is a certified router that is compatible with both Unifi internet and IPTV service. There is some guide out there that actually show how to configure OpenWRT to get both internet and IPTV working but so far, there is only one guide that managed to get DD-WRT working with the internet but not the IPTV.

END_OF_DOCUMENT_TOKEN_TO_BE_REPLACED 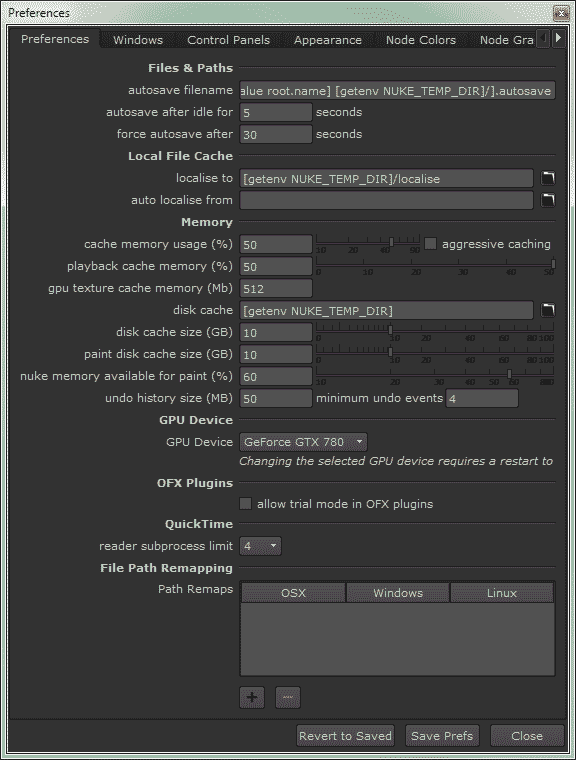 Time to See What Control the RAM Usage in Nuke

I’m fortunate enough to have a 32GB RAM for my current workstation which means it is overkill for most consumers.

Yet I can still hit the ceiling really quick when running several Nuke instances.

There are two options that control the amount of RAM that is allocated to Nuke namely the “cache memory usage” and “playback cache usage”.

If you are running other heavy RAM application like Photoshop, Mari, Hiero etc, I recommend setting it to around 70% in total for both cache memory and playback cache.

For example, you can configure to use 40% for cache memory and 30% for playback cache.

This will leave at least 30% for the OS and other applications to use the RAM without eating up each other.

If you rarely do roto job or requires a consistent playback speed when reviewing a shot (aka flipbook/playbast), I suggest lowering down the playback cache and give it to the cache memory instead.

So What Else Should I Tweak?

Well there is “aggressive caching” next to the cache memory although I don’t recommend enabling it as it will QUICKLY chew up all your remaining RAM.

While the tooltip mentioned that it will help to improve rendering speed when in GUI mode, I still haven’t find a good example for it. Also it suggested that it should only be enabled if you have at least 8GB of system RAM and more.

Lastly, if you have a video card with more than 1GB of VRAM, I suggest bumping up the GPU cache texture memory from the default 256MB to 512MB. It should improve responsiveness when you have a lot of textured 3D objects in OpenGL viewing mode.

While I’m still wrapping up the Quick Intro to Camera Projection in Nuke article, I thought of sharing some of the useful VFX resources sites that I commonly visit whenever I’m free or stuck at something. 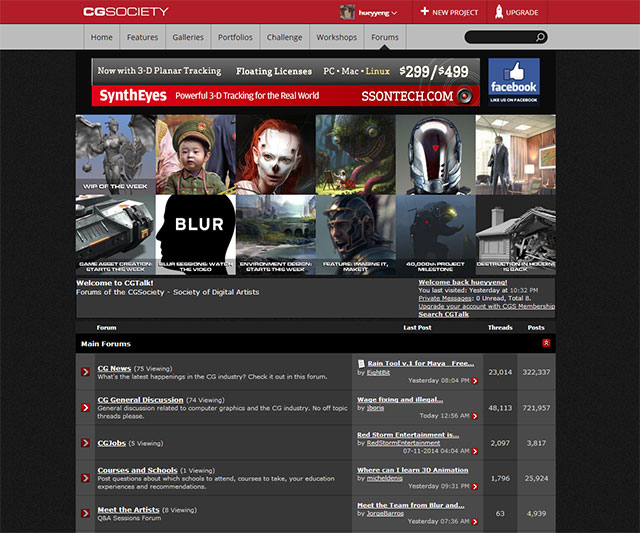 CGTalk is the forum section of CGSociety and it has a large active community that covers all aspect of computer graphics stuff.

Usually I love browsing the dedicated section such as the showcase gallery for inspiration and of course the Software Specific forums where many Q&A for major CG softwares.

There are many hidden gems lies in the forum so take your time browsing it!