Update 1st July 2018: Here’s the link to the cabin depth render for your exploration. Credits to http://www.3drender.com/challenges/ for the original model.

The Clamp node is something that you either use a lot or rarely touch it.

If you’re a seasoned compositor, I guess this post will be a nice refresher but if you’re still wondering what it does and how it fits into a typical production comp, read on!

Do not get confused with the famous mangaka group known as CLAMP!

Let’s Clap Together I mean Clamp Together

Ok the Clamp node does like it namesake says.

To clamp the value of the pixels be it in a range or either the min or max value.

I never use MinClampTo and MaxClampTo but the help file describes it as a way to clamp low/high illegal values. Well you can always use it to create solarized photography look! 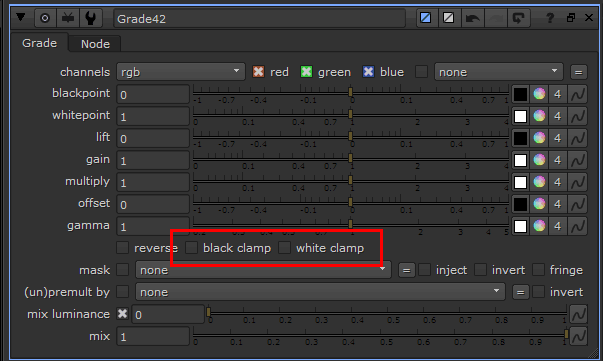 There is nodes that has clamp function built-in like the Grade node (as shown in the above screenshot) so there is no need to put additional Clamp node if you desire so.

Although I’ve a habit of putting a Clamp node explicitly so I can identify it on the Node Graph at a glance. 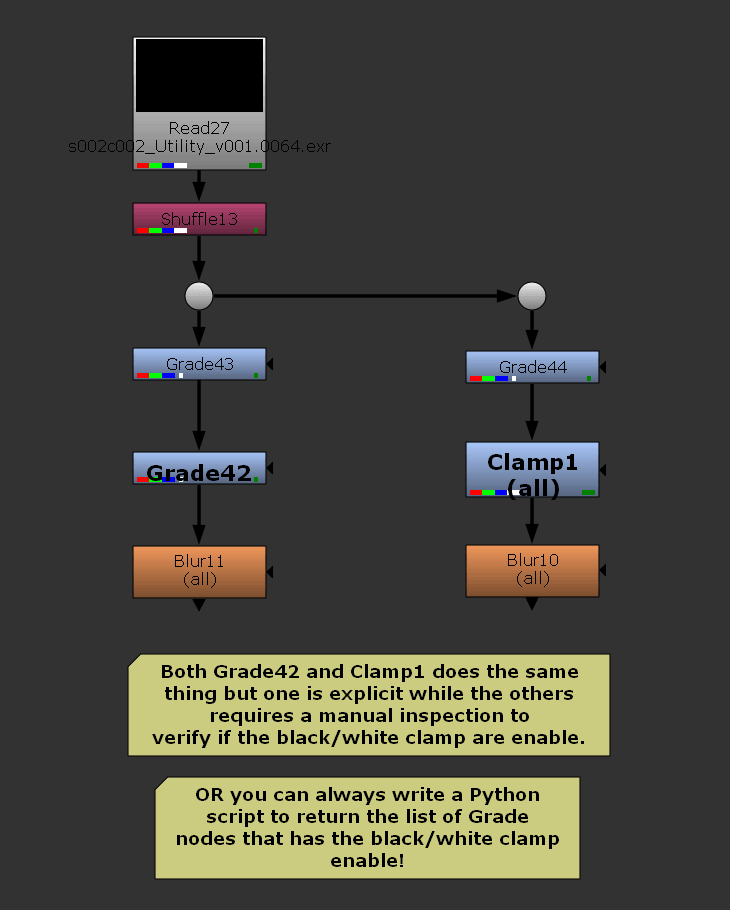 Clamp Node Does What?

What the Clamp node does is to limit the maximum or minimum value. In other words, the blackest black and the whitest white. Or the legal values for the intended display.

So in what scenario does clamping values helps in a typical production shot?

Usually any values higher than 1.0 can be problematic for most filter operations that are not designed to handle the very high values as shown in the above GIF.

Setting the min/max limit of a Depth pass… using the Grade node is preferable when remapping the value.

For this sample scene, the max depth (pixel) value is 99.0625 so it is redundant if the Max Clamp value are set to a higher value. The depth pass (or AOV) are rendered from Mantra (Houdini’s powerful renderer).

Feel free to download the EXR (in ZIP format) for your testing.

Limiting the range of values into “legal values” for external applications. Never did this before but I think it has something to do with broadcasting standard?

You can read more about it in the following links:

Clam Claims There is Other Ways to Clamp

Ignoring my lame attempt of “She sells seashells by the seashore”, there is the Expression node if you prefer to write… expression instead of using the Clamp node.

As mentioned before, the Grade node has a built-in Clamp function although with a catch. It is intended to prevent the min/max value from exceeding their limit set in Whitepoint/Blackpoint.