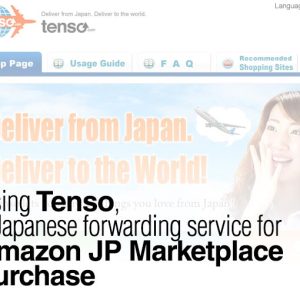 This is another odd post for this site. Something of a break from the weekly Nuke Tips and other VFX related posts.

Have money? There is a catch!

There are some items that I wanted to purchase from Amazon JP but sadly those are items are fulfilled by the marketplace sellers which often does not shipped outside of Japan.

Just imagine having money but there is no one in your country that actually sells it. So this is where we seek the brave online world to look out for the items that we want to get.

After doing some research and asking around forums, I decided to try Tenso after having good feedback from folks who use their service. They are similar to comGateway which operates in the US who help to forward purchases that could not shipped outside of US obviously.

Guide to using Tenso for your first ever delivery

Navigating Tenso English site is pretty straightforward and after creating an account, they will provide you with an address which you will fill in at Amazon JP as your local Japanese delivery address. They even provide guides on filling up the delivery address on several popular Japanese online store.

Before they can ship you the items, Tenso requires you to provide documents of your current living address and IC/Passport for verification purposes as needed by the Japanese law.

Just a tip here, do combine your multiple documents photo into a single picture as their uploader only support one attached file. You can also attached it through email if you accidentally upload only one document by replying to their email that says about them processing your uploaded document.

It took nearly 2 working days after I uploaded the documents before they approve my account for delivery. Once that is done, you can proceed to go shopping frenzy at Amazon JP or other Japanese online marketplace.

So about that Amazon JP marketplace…

For Amazon JP , I find it impressive that it takes less than two days for the delivery to reach Tenso warehouse. Tenso will also email you when they have received your item and will also include the shipping price for it to your home address.

Well I bet most people will rarely buy one item and shipped it immediately. So this is where Tenso offer consolidation packaging. Their consolidation fees can be found here and I find it pretty reasonable.

After the consolidation done, they will email you again with the final shipping fees which you can proceed to pay using credit cards or Paypal. Also Tenso only uses EMS so there is no other delivery option like SAL or alternative courier services such as DHL.

It took one week to reach my home after Tenso dispatch the items from Japan. Pretty standard as my home is located at a remote island somewhere nearby Brunei and the Borneo island. Ok it is located at Labuan, Malaysia.

Here’s some photo that my dad took with his trusty iPad 2 since the stuff is approximately 1,500 km away from me: 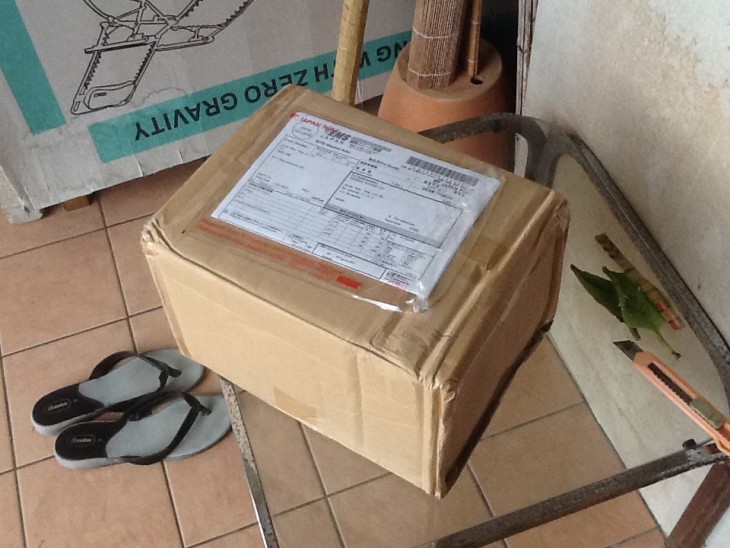 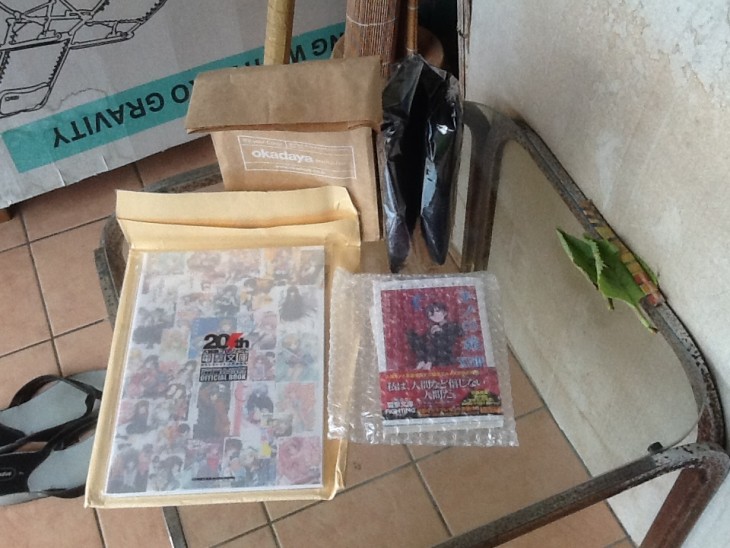 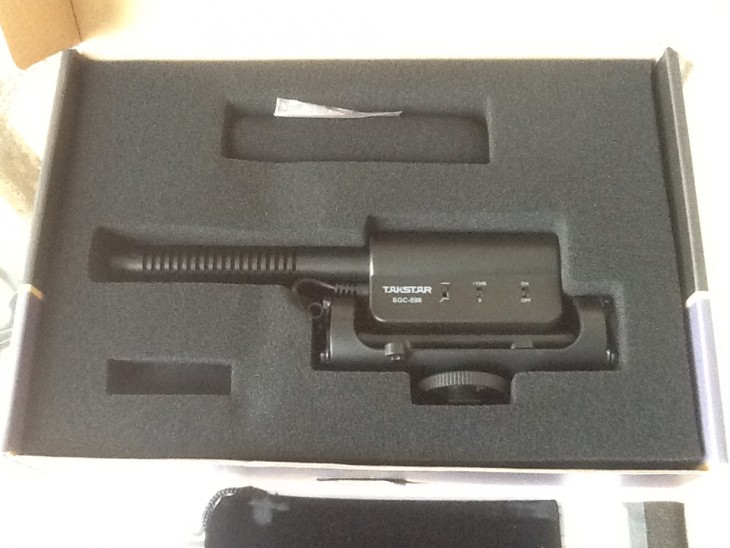 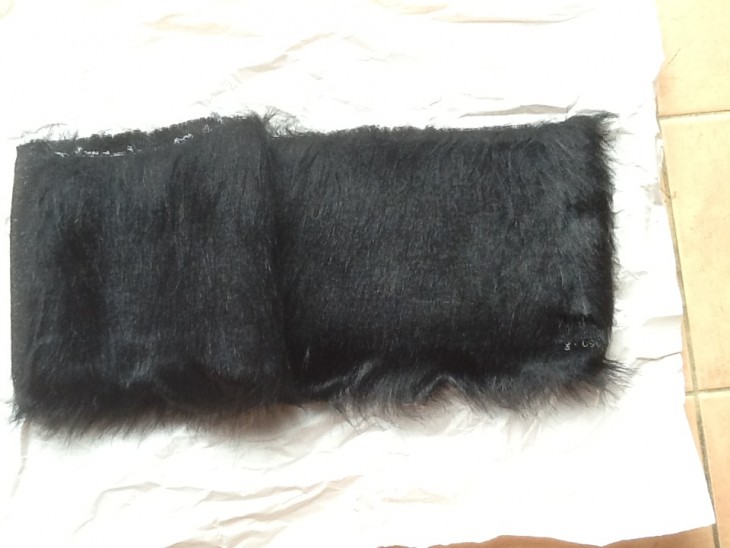 The light novel are the only item that is deliverable internationally from Amazon JP with the other three items obtained from Amazon JP Marketplace seller namely the Dengeki 20th Artbook, the Takstar shotgun microphone and the fake fur.

Fun fact: it is impossible to find the fake fur in Kuala Lumpur. The nearest equivalent available at one craft shop in Petaling Street cost RM30 (approx USD $9) and it is very little compared to the amount that I got (the fake fur cost me 300 Yen excluding shipping).

For those curious with the microphone, I do have a shotgun microphone that not only cost as much as this but performs miserably for outdoor usage. I decided to pick this up with my other Amazon JP marketplace purchases since the shipment from Amazon US to Malaysia is over the top for me.

Here is a good video that compared the Takstar against Rode VideoMic Pro:

If you happened to live in US, here is the Amazon link for it:

Overall, the items are packed nicely and I got nothing much to complained. So far this is my first delivery using Tenso and I cannot say it is bad or good.

Maybe with more future purchases from Amazon JP marketplace, I will update this post with a more objective impressions.