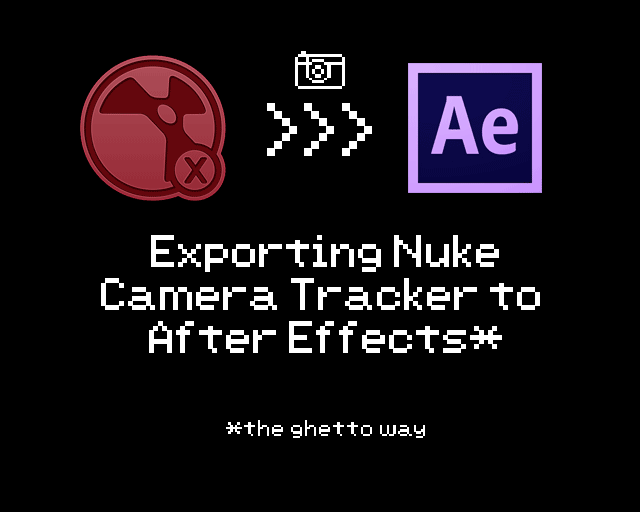 06 February 2015 Update: Revised step by step instructions for clearer process and added things to look out for when using this ghetto method

How can one export Nuke Camera Tracker to After Effects? Voodoo Magic?

One of my pet peeves when working with Nuke is that… it is not great in dealing with motion graphics element especially text (and well layers which it can get really messy).

Since After Effects own Camera Tracker is not as powerful as Nuke’s Camera Tracker, there are times where I think I’m pretty much doomed as I need to do the motion graphic stuff in Nuke.

Luckily after killing several millions brain cells, I got a pseudo workaround that actually works well although I can’t vouch for it as a near perfect export but it should work if you need to get the 3D camera tracking into After Effects.

One must track to export them all

Firstly, you must have a tracked shot already using Camera Tracker in Nuke. We all know that Nuke Camera Tracker can only export FBX or Alembic or CHAN file which After Effects can’t import (without external plugins?).

So what we will do here is to create elements in Nuke that will act as a guide for After Effects built-in Camera Tracker to track with!

^The original plate overlay with the guide elements created in Nuke.

^The guide elements only (with AE 3D Camera Tacker marker). 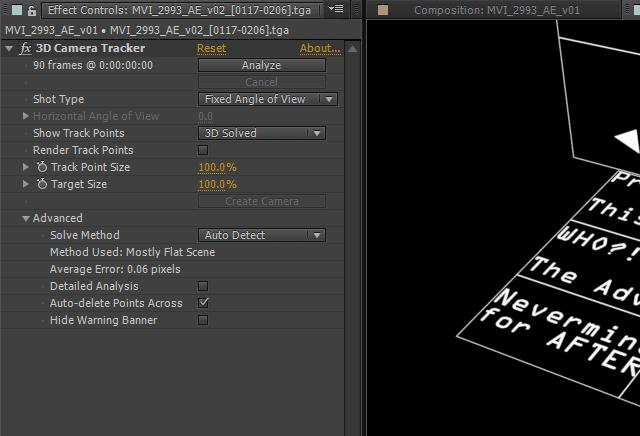 Once done tracking, you NEED to parent your Camera Layer to a Null and scale it to fit your requirement. One of the early mistake that I did was when the scale goes way off when you need to reuse elements between shots.

Surprisingly the tracking is pretty spot on if not perfect. It is still a WIP as I still juggling with many things lately so I’m hoping to finish up this project by end of the month (where I’ll post a demoreel of it).

^Here is the motion graphic element viewed from another camera angle in After Effects.

Things to look out for

I’ll leave comment here open as this is something that is hard for me to fully explained in this post. If you have any questions about this approach, feel free to comment below and I’ll answer it to my best knowledge.

Comments (2) on "Exporting Nuke Camera Tracker to After Effects"