I’ve noticed that this guide can be more popular than my Nuke Tips so I’ll like to clarify that HyppTV and INTERNET is still working on my TL-WR841N router.

I haven’t update my DD-WRT firmware since this guide was first published (which is still true as of the latest edit). Apology if the guide doesn’t work as reported by some Lowyat  and DD-WRT forumers.

There is a comment system so do use it as I’ll not charge you 6% Goods and Services Tax that will fund more kleptocracy.

I rarely swear online but Telekom Malaysia just have to get a big FU from me.

With their fucking piece of shitty service that is HyppTV aka Unifail I mean Unifi bundled IPTV service suffered from intermittent disconnection since last Sunday (5 October 2014), I figure a quick google leads me to blame the issue on TM side.

Which of course is their side! A call to TM support to reset the port to the IPTV and voila it works. That is until it happens again.

To further increase my blood pressure, my landlady’s cousin contacted TM just now to see if they can reset the port again. Sadly I was out from the apartment when she contacted them which leads to TM sending a contracted technician to the apartment to replace the router.

Ok the router I’m currently using is TP-LINK WR841ND which is a certified router that is compatible with both Unifi internet and IPTV service. There is some guide out there that actually show how to configure OpenWRT to get both internet and IPTV working but so far, there is only one guide that managed to get DD-WRT working with the internet but not the IPTV.

Whoa there cowboy, what is the old router model?

So when the prior router that is D-Link DIR815 (I can’t find a picture of the TM branding version) crap out conveniently after 26 months of usage (FYI the warranty is for 24 months), TM demand a ransom of RM120 to replace the router with another cheapo factory rejected piece of shit that is known as TRG212M. 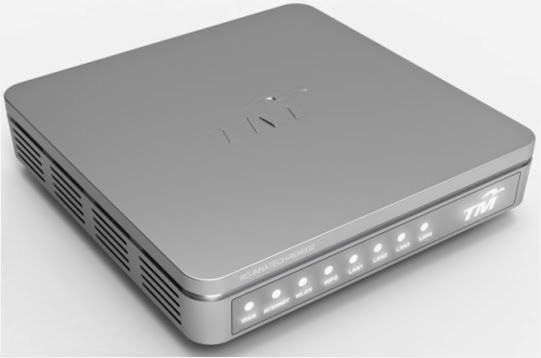 Heck the new router even attempted to disguised as a Apple product! All silver coated but with the same Apple premium pricing BUT with shitty features. 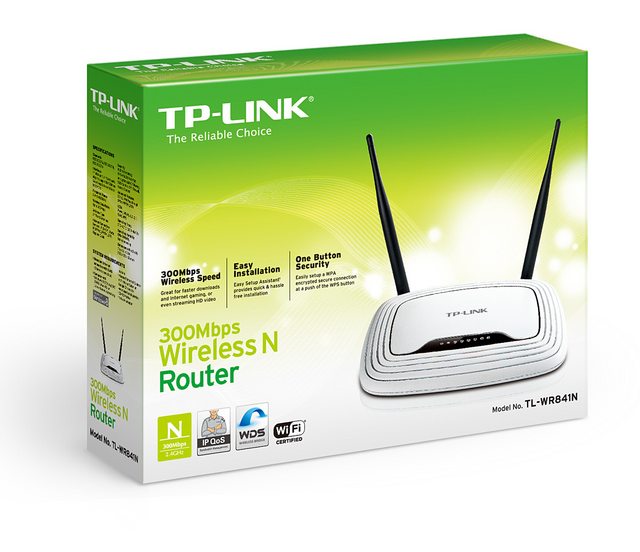 Back to the TP-LINK WR841ND, I flashed it with DD-WRT as I just want more flexibility in customising the network features. Sadly there is one area where they can improve and that is configuring VLAN settings which is critical in getting both the internet and IPTV working for Unifi.

The setup of the devices *new*

Ok I got the chance to take photo of the devices in action. Bear in mind the picture quality is from a cheapo smartphone aka the S3 Mini (low light condition doesn’t help either). 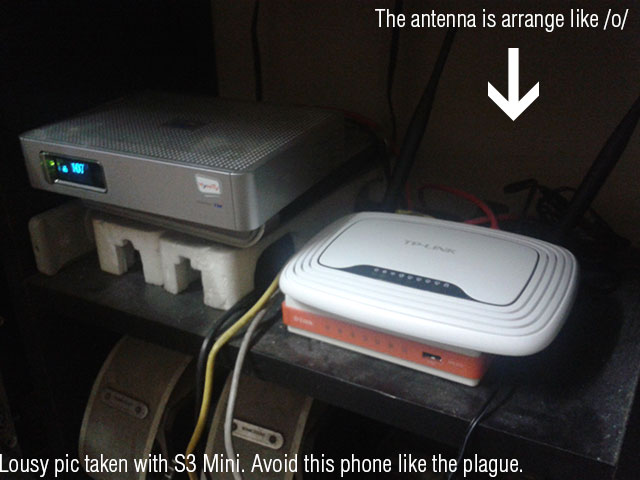 So what is this miracle settings?

Most of it can be found on the following screenshot (with the appropriate annotations by me) to get both Unifi and HyppTV on DD-WRT working: 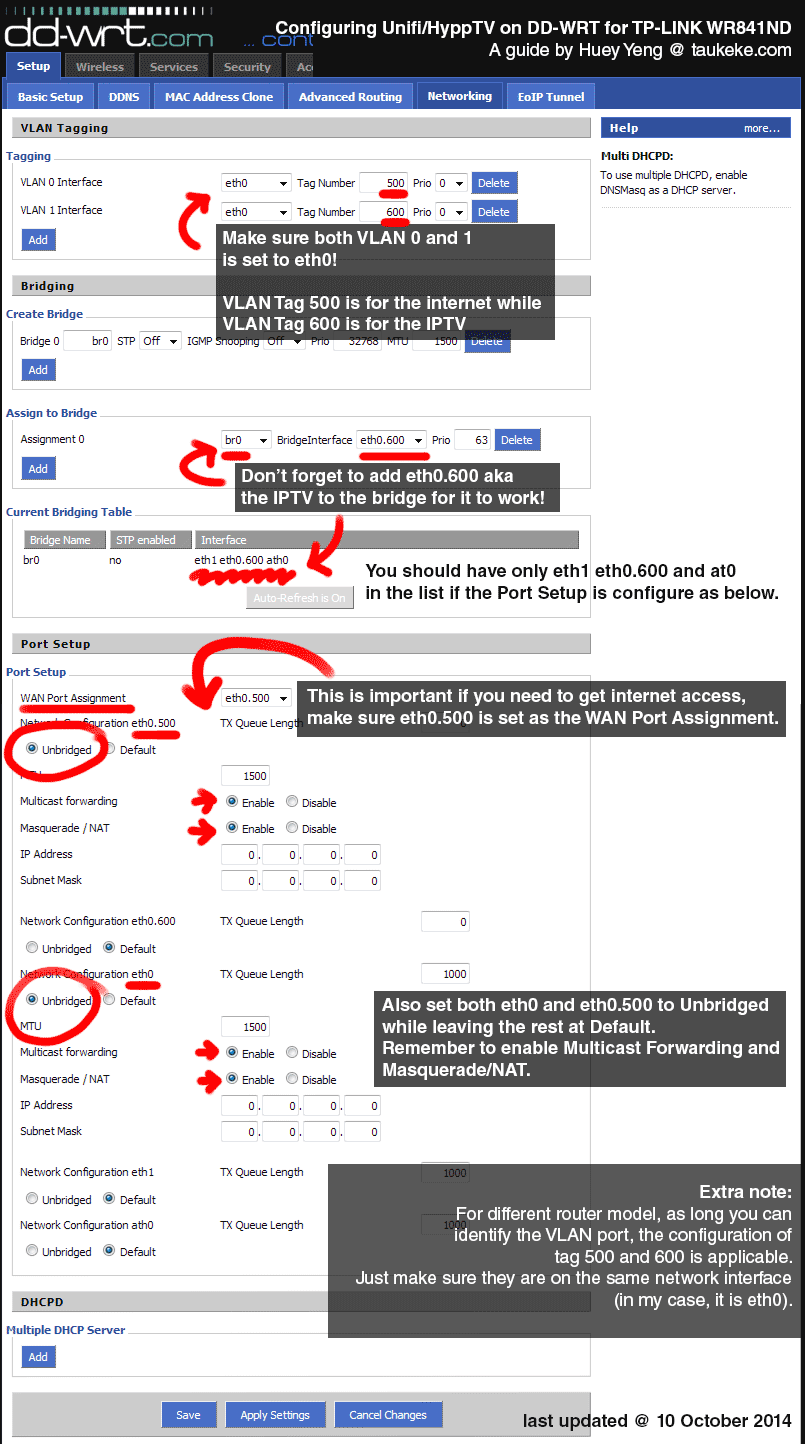 If you happened to flash DD-WRT on a D-Link router, the VLAN port will be vlan2 instead of eth0 like on my TP-Link router example. Thanks to the folks over at Lowyat forum for verifying it!

For the rest, make sure to setup your Unifi login ID and password as usual. For the Wifi settings, just set like you always do. I can’t think of any significant steps that warrant a more detailed explanation.

When connecting the LAN cables, make sure the WAN port goes to the modem (duh) and from my experiment, you can freely connect the IPTV cable to any physical LAN port. Their bundle router requires the user to hook it up to LAN Port 4 although that doesn’t apply with DD-WRT. If in case it doesn’t work, try either Port 1 or 4 on the router.

Also don’t ask me how to setup DD-WRT on your router. Google is your best friend! The reason I create this guide is the lack of a friendly guide out there (even at Lowyat Broadband User-2-User I mean Networks  and Broadband forum!).

One guide to rule them all

So that concludes this rant and guide which I hope is helpful to you!

WHENEVER you encountered this error on your HyppTV:

Failed to synchronize time. The TSTV feature may be unavailable.

Try turning off both your router and STB aka the decoder for at least 60 secs. Turn them on again and see if it works.

If the internet is working fine and the STB still give the same error, call TM and ask them to reset the motherfucking port associated with your account. It always works for me but you get terrible reputation with them.

Also give this post at Lowyat a read on how to run diagnostic on the STB.

P/S 2: There is no other alternative to HyppTV unless you watch 1Msia TV program at tonton.com.my (still non computer savvy user will have big headache in using it).

P/S 4: It’s the beginning of January 2018 aka fiber optic broadband is slightly more accessible for urban folks at both West and East Malaysia with same expensive pricing with a slight bump in download speed but the guide is still valid!